Pedilanthus macrocarpus (Slipper Plant) – An unusual attractive slow-growing succulent plant that remains mostly leafless, or with tiny, inconspicuous leaves. Instead of leaves, it has erect 1/2 inch thick lime-green stems that rise up to 3 feet tall, sometimes taller in the shade, arching or bending outwards under their own weight.

The stems are tapered like a candle near the tips and covered by a waxy substance known as Candelilla, which means “little candle”. The plant spreads slowly outwards with new stems emerging from below ground to form tight clumps to 3 feet wide. In mid-summer into fall (in the desert people note in spring as well) the unusual orange-red slipper-shaped flowers, which are also described as bird-shaped, appear along the stems and are often followed by reddish fruit. 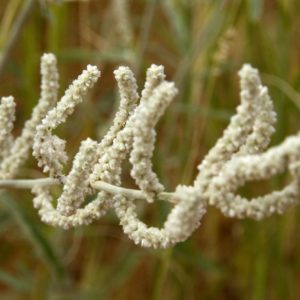 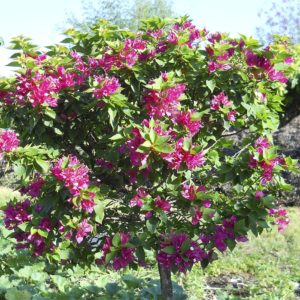 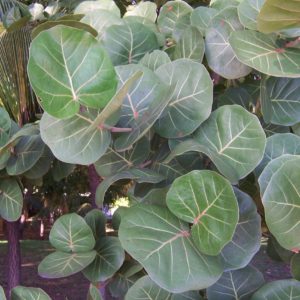 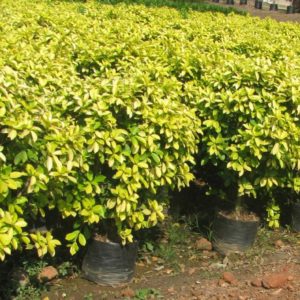 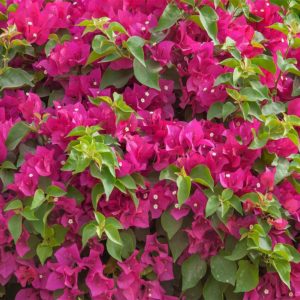 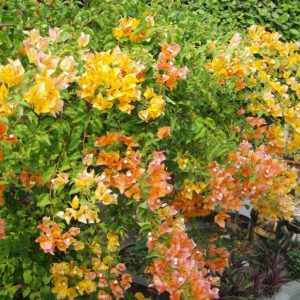 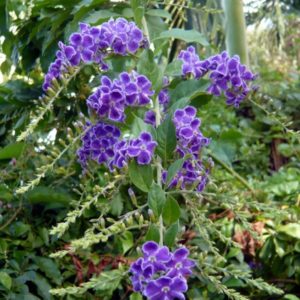 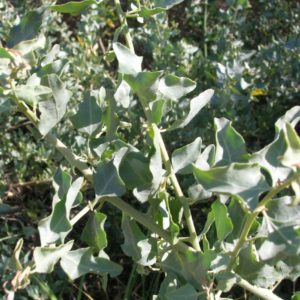 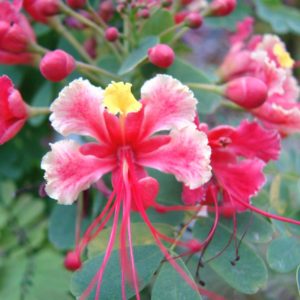 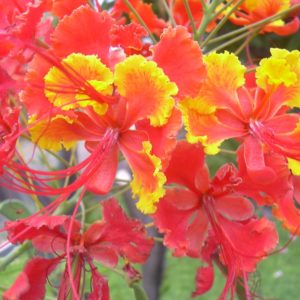